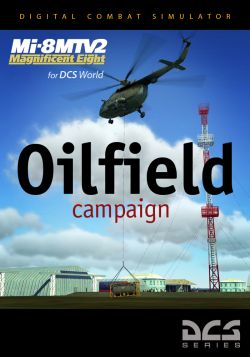 This civilian-flight campaign for the Mi-8MTV2 puts you in the shoes of, Yuri Maksimovich, fresh off his deployment during the “Spring Tension” campaign. Unlike last time, however, it is not a matter of heart-pounding combat action, but of deliberate and precise navigation and cargo hauling. 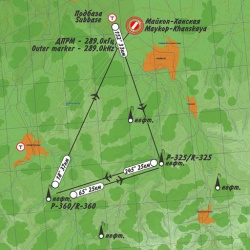 The challenge in this campaign is not any kind of AI opponent but rather the Mi-8MTV2 itself and the environment you need to fly it in. It is a test of your cargo sling-loading and navigational skills, especially using the DISS-15 Doppler navigation system.

You will be tasked to deliver goods and people between oil rigs and exploration stations scattered throughout the Caucasus wilderness, often in high and turbulent winds and/or poor visibility conditions. The only thing that will guide you there are simple distance and bearing instructions — no homing beacons will lead you to the particular cabin in the woods you will be visiting today, and unless you keep an eye on your drift you will end up on the wrong side of the continent. The weather will also complicate matters as you are asked to do hovering cargo slinging from outposts with no suitable landing areas but with plenty of heavy cargo for you to transport — how well can you maintain a steady position as the wind pushes you around? You may start your day at a big airport with handy runways, but that is the exception as far as landing zones go.

In all, the campaign consists of 16 missions and a free-fly mode and mission template once you have completed them all. The expected running-time for most missions sit in the region of 60–90 minutes, with a couple of proper long-running ones thrown that that will also run you up against the limits of the Mi-8MTV2's fuel capacity. After all, you are asked to haul around cargo, not tonnes of extra fuel to last you all day.

The supporting material consists almost exclusively of navigation cards for the DISS-15, with some additional simple illustrated guides in how to operate the system to solve the navigational problems you will be faced with. Mission briefings are also… well, brief, consisting mostly of a short descriptions of what needs to be hauled where, and some initial conversations between the crew. The missions themselves are fully voiced and offer some banter to fill up the time between waypoints.

This is a slow-paced, yet rather skill-heavy and very instructive in terms of learning to operate the Mi-8MTV2 using only the base equipment on-board and without anything extra bolted onto the fuselage.

It may seem tempting to use the NS 430 GPS to not fly quite as blind, but no dice. The campaign does not support it (not that they are incompatible but rather that the NS 430 is not available in the cockpit) and without coordinates to fly to, it would not be much help either way.