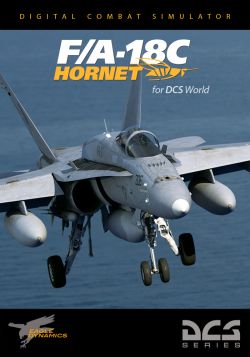 The F/A-18C is slated to be one of, if not the most in-depth and complex module in the DCS stable, alongside the A-10C. It is still a work in (some would argue very slow) progress, which is perhaps understandable since the Hornet is a multi-role aircraft with the added complication that it is also carrier-based. It may not carry as many individually different weapons as the A-10C, but it already covers a much wider range of weapon types, and more are yet to come.

Overall, the Hornet is easy to fly and intuitive to use, and many systems will be familiar to, or even exact copies of, what you would find in the A-10C, AV-8B or even (in a much simplified form) in the F-15C. As such, it is not difficult to learn — there is just a lot to learn. If you have mastered the F-16C in BMS, getting to grips with it will be a cakewalk.

Since it is a multirole aircraft, the feature list of the F/A-18C can easily become very long. The highlights include:

The F/A-18C is a work in progress, and over the years, the developers have steadily (but slowly) managed to chew through the initially very long list of features. At this stage, with a slight TWS scandal behind them, they are pretty much just down to:

Flying the Hornet is an interesting experience. On the one hand, it is a modern agile fly-by-wire aircraft that will keep up with or out-manoeuvre anything else in the sky, but on the other hand, it is actually comparatively slow and sluggish. It is not like the A-10C or Su-25, where hills are life-threatening obstacles, and altitude is something you can only dream of, but it is also not a speed demon that stands a chance to keep up with the likes of the M2000C or F-14.

The airframe traces its historical roots to the F-5, and this shows. It's a joy to fly, but you need to be aware of the slow throttle response and that the top speed is enough to get you there, but it will not exactly break any records. 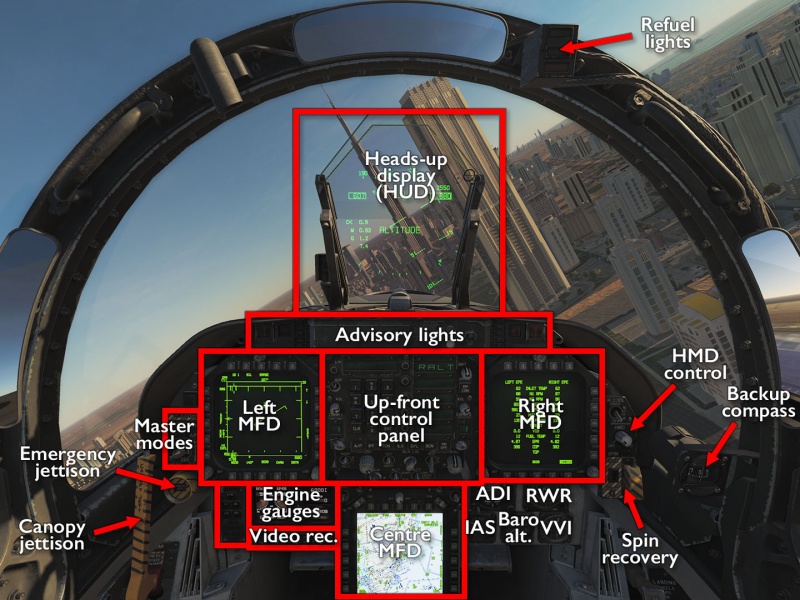 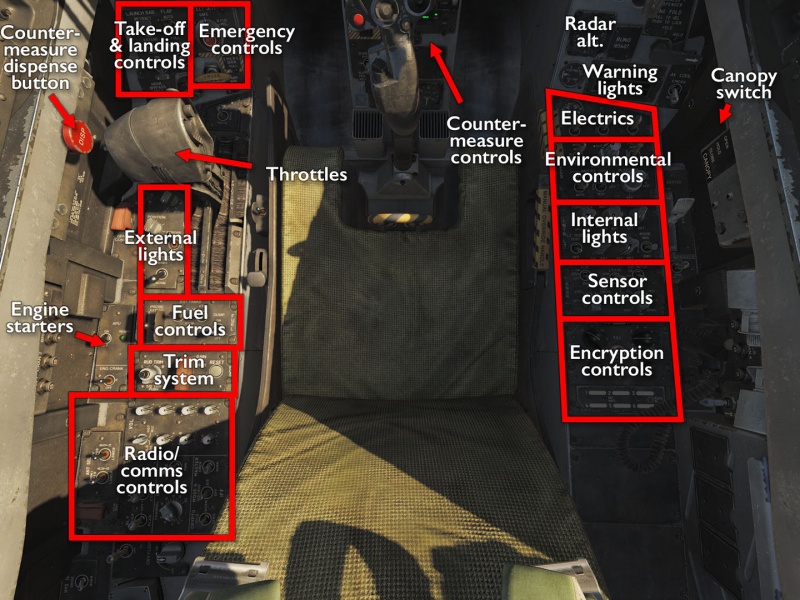 In keeping with the goal of making the F/A-18C module parallel the A-10C in terms of being a full-on study sim, at least as far as on-board systems go, getting the Hornet up and running is an involved process. As always the RWinHome “cheat” key combo is available to automate the start-up process, but it takes a while and the auto-start (and even the mission-editor hot start option) still leaves some systems for the pilot to start manually — most notably the RWR and countermeasure system.

It is not quite as long a process as in the A-10C, mainly thanks to the fact that there are fewer systems to set up and that the INS can leech off of the carrier to get its initial position data. At the same time, that slightly simpler system setup is counter-balance by the extra steps and the care needed to operate from a carrier. You do not want to have the engine roar to life while brake pressure is too low to keep the plane stationary, and you probably do not want to forget such tiny details as folding down the wings and hooking up to the catapult correctly. Taking an ignominious low-speed dive off the ramp, falling 15 meters into the water, exploding and then getting minced by propellers is not a good way to start the day.

The manual and Chuck's guide linked below give a full account of the procedure, but the broad strokes are:

Two stand-out features built the early anticipation of the F/A-18C module: the full-sim implementations of the AMRAAM and HARM missiles. The AMRAAM was previously only available on the FC3-level F-15C, and the only proper SEAD weapon were the Kh-25 and Kh-58 anti-radiation missiles on the Su-25T — also a simplified FC3 aircraft. Finally, you could get frustrated by poor missile logic in full fidelity! 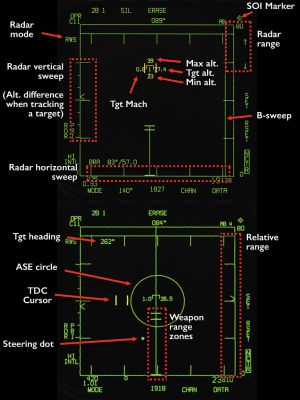 Ideally, the AMRAAM should be fired from a Track-While-Scan mode using datalinking to fly towards a target without it being noticed, and switching to active mode (go “pitbull”) when it's already too late. With TWS finally fully implemented, its ability to passively track the locations of multiple targets and tell a whole wing-full of AMRAAMs where to is definitely an option, but is also a bit more complicated and confusing than simply locking up a target and sic missiles at it.

The AMRAAM is often thought of as an active-homing missile, but that is (quite literally) just half the story. It only goes active within 8–10nm from the target, and needs to be supported from the aircraft up until that point. In terms of actual engagement range, it is in practice not that much more capable than the AIM-7 Sparrow — at least not the later MH models with more advanced flight logic &mash; but being able to turn to a more effective intercept course as you dive into the merge does make a difference. Is is particularly true when you carry the AIM-9X and can fire off-boresight from very odd angles.

Aside from the actual weapon selection, and being able to turn away sooner, the procedure for firing the AIM-120 is thus not that different from firing the AIM-7:

The AGM-88C High Speed Anti-Radiation Missile is a very simple missile to use, but it can be used simply in many complicated ways. Its effective range will vary greatly with the launch altitude, but even within fairly reasonable parameters it can outrange any SAM currently available in DCS. The problem is, of course, that the SAM systems where you want to use that long range are also the ones where you do not want to be at high altitude, and the ones that can fairly trivially defend themselves against long-range missile shots…

Currently, the HARM has two modes: Self-Protect (SP) and Target of Opportunity (TOO). Self-protect is intended for exactly that: you fire off the missile pre-emptively as you close in on a target, at which point it lofts to a high altitude and starts looking for any active emitters. If something lights up to lock you on, the missile comes down on it, to protect you as it it were. SP is so simple as to not even warrant a lengthy description — just select, fire, go make some tea, hope for some sudden help from above if nasty things start to happen.

TOO is a more direct targeting mode: looking through the missile seeker, you pick a specific emission source and tell the missile to go after it. To employ the HARM in TOO mode: