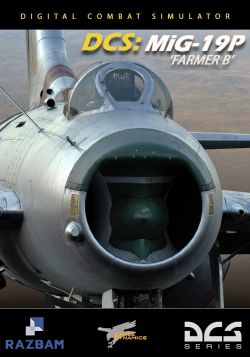 In the wake of the Korean war, it was obvious that some of the assumptions that went into the development of the MiG-15 were no longer accurate or relevant, and that guided missiles would play an increasing role in air-to-air combat. Early miniaturisation also suggested that on-board detection and guidance radar would be not just possible, but outright necessary in a new combat aircraft. Thus, the development of the MiG-17 was started. Unfortunately, continued conflict in Asia and new development in western strategic aircraft (notably high-altitude reconnaissance aircraft and Mach-speed capable tactical and strategical bombers) made the -17 obsolete almost the moment it rolled off the factory floor.

Enter the next development: the MiG-19, intended to provide a (relatively) useful on-board radar, a powerful afterburner, a top speed well above Mach 1, greater range and endurance, and improved stability in all flight regimes. By the time the Vietnam war had heated up, a new aircraft was ready to go up against the century fighters and F-4:s with its superior manoeuvrability and acceleration, but the rapid development had left it somewhat short of its intended design goals. In particular it lacked much of its intended extra range; its control surfaces lost a lot of their effectiveness at higher speeds; and the fuel tanks were prone to overheat, catch fire, and explode. Iterations that would remedy these issues would be fed into the development of the MiG-21 and the two aircraft would serve side-by-side until the end of the war, at which point the Farmer had suffered the same fate of obsolescence as its predecessor.

The MiG-19P sits at the cusp of become a modern fighter aircraft and thus feature most if not all the features you would expect, only in a fairly early and premature state:

The Farmer module is listed as “Early Access” in the DCS store, and for the longest time so was RAZBAM's Harrier module simply because the developer suffered a bit of product ADD while developing the two. The Mirage was not quite done by the time work on the Harrier started (arguably there is still things to be done there) and the Harrier was nowhere near done when the MiG-19P became the hot new thing. Consequently, with or without that early access mark in the store, all three have things that still need to be done to really properly finish the respective modules. For the MiG-19P, this includes:

The MiG-19 is a surprisingly easy aircraft to fly if you expect it to be like the MiG-15 or MiG-21. It is much more stable and responsive than the -15 but also much less insane and temperamental than the -21. It does not feel like this particular airplane is actively trying to kill you at all times — not even during landing.

Some of that may be due to lingering flight modelling issues. Early version of the module gave the Farmer flight characteristics that weren't just fly-by-wire-like, but outright arcade:ish. It turned on a dime from any player input and without any slippage; it almost refused to lose speed due to drag; it would happily pass Mach 1 on just 90% throttle. A lot of that has been addressed since release, but the general feel of the aircraft is still a bit… off. It is a bit too easy, and a sneaking suspicion remains that the developers haven't quite put the time in because of how they rushed ahead and ended up having to juggle three unfinished modules at once.

The MiG-19 is not an entirely awful cockpit to sit in. It retains some of the gauge placement idiosyncrasies of the MiG-15 but controls are mostly grouped in a reasonably sensible way and the aircraft has yet to be overloaded with so many systems that it succumbs to placement-by-shotgun design principle that plagues the MiG-21. 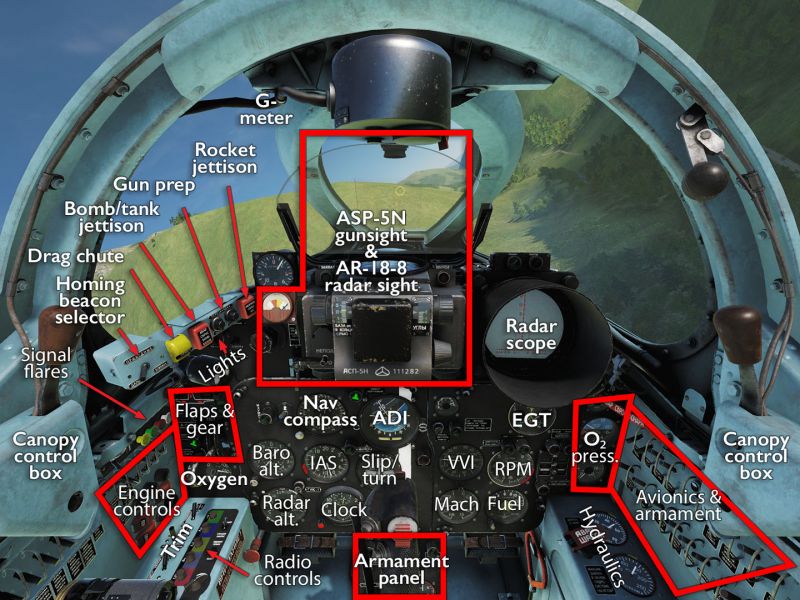 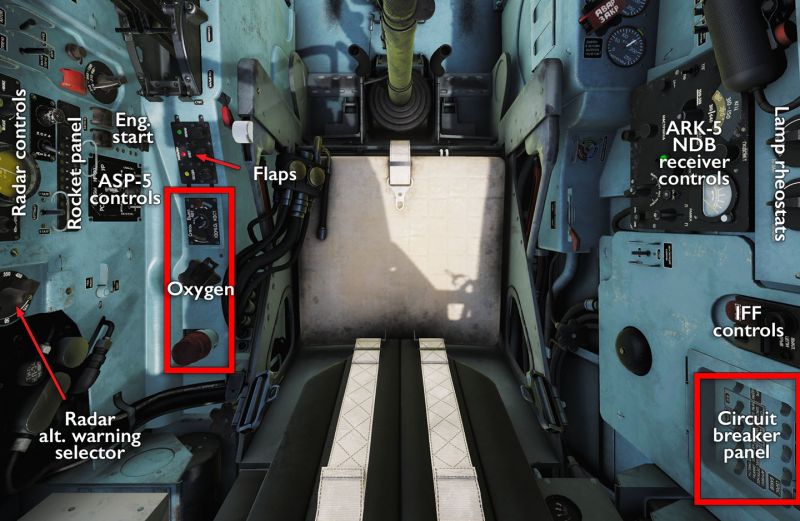 As usual, Chuck's guide linked below is a useful resource for the full procedure (as opposed to the lacklustre and cumbersome manual). The general gist of it all is:

Once satisfied, ask for the chocks to be removed and then wiggle your way to the runway. Push throttles to go-fast position (and possibly also push the afterburner button if it's a really short runway) and off you go.

With as few armament options as the Farmer has, getting it combat-ready isn't a particularly long process. If you want to use the radar for missile- or predictive gun-sight localising and ranging, that's a different matter, but neither is strictly speaking needed to just fire off things in front of you.

To fire off a R-3S IR missile:

To have 5 seconds of gunfire fun:

Both of these assume you turned sight power on during start-up so you have any idea of where you're aiming.

MiG-19 at the National Museum of the USAF
Retrieved from "https://www.airgoons.com/wiki/index.php?title=MiG-19P_Farmer&oldid=4405"
Categories: