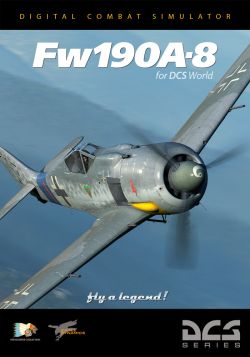 While not exactly obscure, the Fw 190 certainly exists in the shadow of the Bf 109, simply by not being connected to as many famous battles and campaigns. Nevertheless, the Fw 190, introduced at the tail end of the Battle of Britain, was intended as a replacement of the rapidly ageing 109. It saw its first major action seen on the Eastern Front, where its performance and ease of use made it an immediate success and a top performer in the sky. As the war progressed, however, its main limitation became more and more apparent: performance took a significant hit at higher altitudes, and as allied strategic and terror bombing became a commonplace, it was ill suited as a counter for the bomber wings and their P-38, P-47 and P-51 escorts. In the late war, it was superseded by the high-altitude D-9 “Longnosed Dora” variant of the airframe.

The fact that the Fw 190 A-8 is an upgrade from the aircraft of earlier decades is evident even at first glance. It removes a number of kinks in the 109's flight dynamics and significantly cleans up the cockpit environment, presenting a very neat interface to the pilot to a degree that even many later aircraft would not match — just compare the Dora's cockpit to the cluttered F-86F dashboard or the dial-shotgun design of the MiG-15bis. In many ways, this mirrors the quick evolution seen between the older design sensibilities that went into the Spitfire and the more modern ones found in the Mustang: two different generations of aircraft, both rolling out new variants at a rapid clip and but also turning the lessons of the old into core design principles for the new.

The Fw 190 A-8 is marked ”Early Access” in the DCS shop, and while the key components of the module are in no worse a shape than the D-9 model (since they're pretty much exactly the same in both aircraft), it still has a few missing bits and pieces:

While there are clear parallels between both axis and allied aircraft in how they developed over the course of the war, that parallel goes all non-euclidian when looking at the actual flight dynamics. The leap forward from the agile, clean-flying, fussy and temperamental Spitfire with its clumsy ground handling was the P-51 — an aircraft that was easy to handle on the ground and more reliable in the air, but whose added speed and power in made it more difficult to actually fly. On the German side, the upgrade path was far more straightforward: the 109 was a handful on the ground, much like the Spitfire, and could also be a handful in the air due to the speeds it could attain. The Dora was an improvement on both fronts.

The Fw 190 A-8 gets rid of the snap-roll, back-flip tendencies of the 109 on take-off, and also improves ground handling in how the tail wheel is locked and in how the landing gear in general is set up. The wider gear arrangement makes both take-offs and landings less wobbly over all. In the air, the design focus had not been so much on achieving excessive speed as on reliability, visibility, and manoeuvrability. 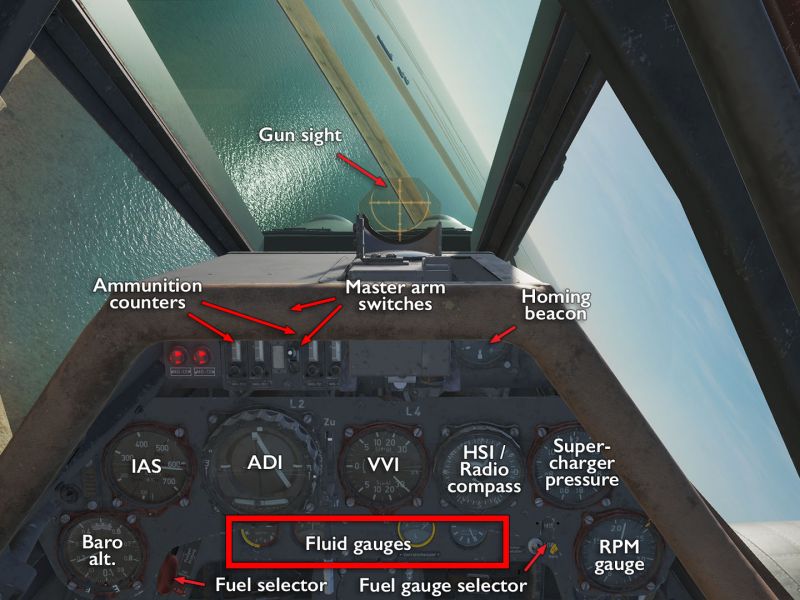 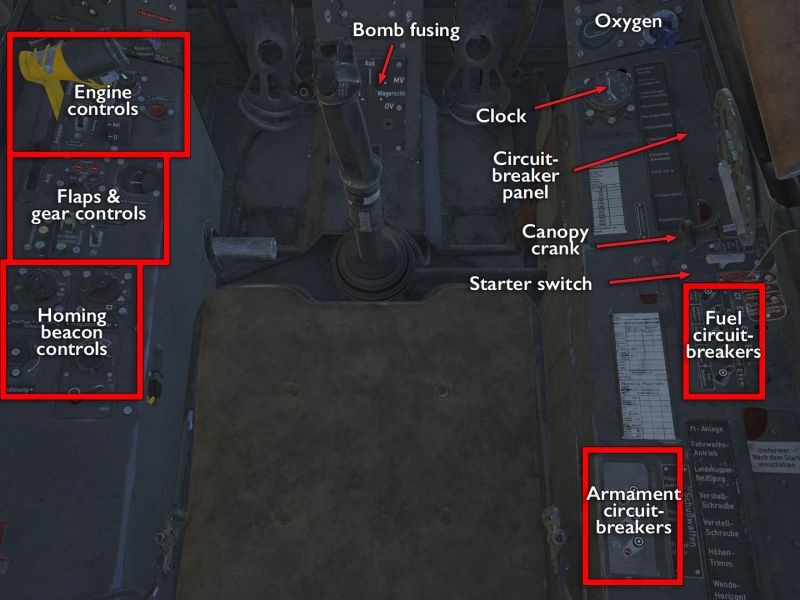 The user-friednliness of the Fw 190 A-8 starts… well, at the very start. To get it into the air you have to:

Getting the Fw 190 A-8 ready for combat is a quick procedure: