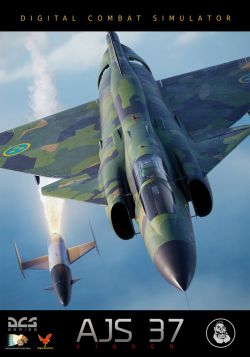 It is the 1960:s, the red scare is real, and the only thing separating you from said reds is 130km of open water. So what do you do? Why, you take a 727 engine, strap an afterburner on it, take advantage of the fact that look-down/shoot-down radars are still a decade or two away, and build something that uses one of these newfangled “computer” thingamajigs to stay stable while screaming along at Mach a bajillion just above the waves, of course!

Welcome to the AJS-37 Viggen — definitely one of the more oddball aircraft to be featured in DCS World. The Viggen (“Thunderbolt”) is a Swedish supersonic, low-altitude attack aircraft with a special penchant for anti-shipping tasks, built around the concept of operating from dispersed roadside bases and making fast single-run attacks against pre-planned targets. And the word “bases” does not imply runways, hangars, and control towers, but rather a friggebod, a support 245, and the country road itself.

While the AJS model featured in the module is a much later variant that has been upgraded to carry more advanced weapon systems that were planned for its successor — the JAS-39 Gripen — and with elint and ECM capabilities that allowed it to recon its own (again mainly shipping) targets, it is still quintessentially a 1960:s-design aircraft. Not that you would necessarily know, since it features many advanced systems that would not come into widespread use until much later, such as heavy automation to reduce the pilot workload, a central computer tying all the different systems together, and programmable delivery modes and even programmable weapons.

Sitting firmly on the fence line of the cold war (officially at least), the Swedes had a long tradition of doing things their own way by the time the Viggen was designed. Consequently, very little you encounter in the AJS-37 module will fall in line with what one might expect from the clear-cut east-vs-west split of the other DCS aircraft, or indeed from the operations they have tended to simulate up until this point.

A late 2018 patch also added the option of using the in-game map to construct entire flight plans on the fly (or at least on the ground), so as to allow a bit more dynamism in on-going missions — mostly online.[1] By using the F10-map markpoint feature, naming the markpoints appropriately, and loading the right data cartridge through the kneeboard interface while on the ground, you can set up all the different kinds of navigation, weapon release, and recon points you would ever need without having to rely on work being done in the mission editor.

Comes with the built-in campaigns The Mjölnir Response and The Wrath of Thunder. It recently also included the previously stand-alone 16-2 Red Flag Campaign by B&W Campaigns.

With Heatblur having delivered the AJS-37 in a reasonably well-working state, and with their being occupied by the much more popular and anticipated F-14 module, the AJS-37 has only recently gotten some renewed developer attention and is still marked as early access in the DCS store. Most of what is needed is there, working perfectly, but the module has nevertheless suffered some slight abandonment, at least as far as final polish goes. It is still missing: 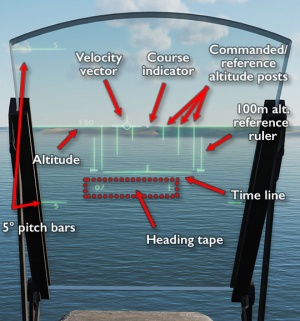 The Viggen is ridiculously easy to fly. In part, this is due to the SPAK (“Stick”) autopilot mode that should always be engaged, but even without it on, the aircraft is very nicely behaved and SPAK just makes it wiggle around a lot less. Of course, that is just the baseline — add in the ATT (attitude) and HÖJD (altitude) modes, and you can leave the stick almost entirely alone outside of using the trim hat to command direction changes. Then there is the AFK auto-throttle that maintains proper cruising or landing speed for you, leaving both hands free for the much more fundamental task of scratching your head while poking the CK37 data panel in the vain hope that it will do (or display) what you want.

Indeed, the two things that could conceivably make the AJS-37 be seen as ”difficult” in any way is the symbology-based HUD and that central computer with a single six-digit display and simple numpad as its only interface. The rest of the cockpit, while labelled in Swedish, is straightforward and not particularly heard to learn anyway, except maybe for the various combinations of mode selector knobs needed to get the right weapon to do the right thing.

Getting your head around the CK37 is a matter of understanding (or just having a list of) its different opcodes and the accompanying data, as well as the output formats it is displaying. Understanding the HUD is similarly a matter of shedding the notion of text and numbers, and instead following the numerous “align A with B” symbols. It still has the velocity vector you would expect from a more modern aircraft, as well as the heading and altitude indicators — they are just more subdued in favour of the flight alignment symbology. Once that initial shock is over, the only remaining oddity is why the pitch bars only have the two ±5° lines and nothing more… 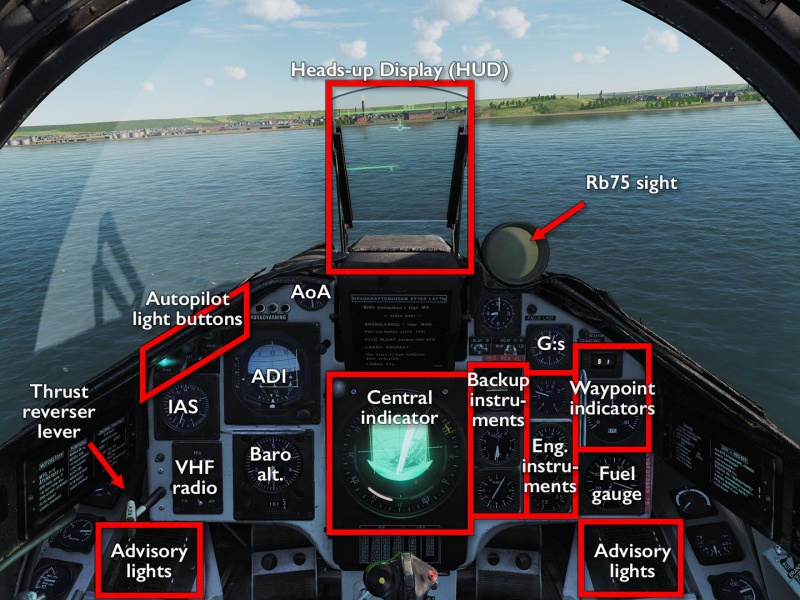 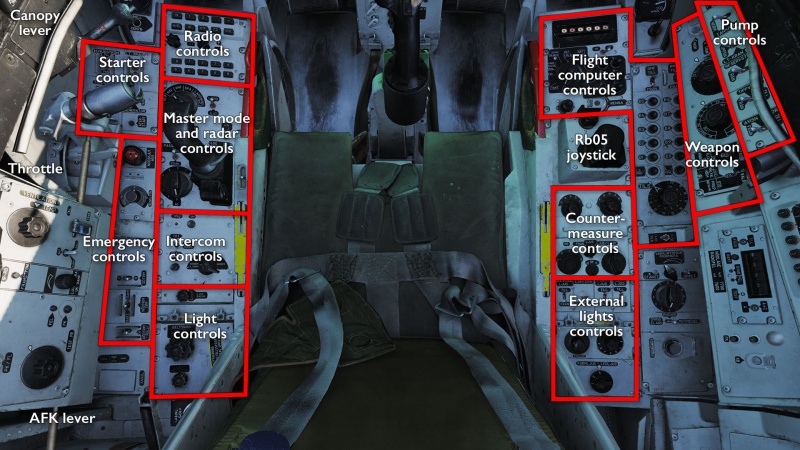 Getting the AJS-37 going is almost MiG-like in how quick it is. While the aircraft does have INS navigation that needs to be aligned, the alignment is done by feeding the central computer a data cartridge telling it where it is, and what heading it will be going initially. What is a long and time-consuming procedure in other INS-guided aircraft, is here replaced by a inputing a load command and waiting a few seconds for the data to be transferred off of a cartridge.

As such, the most basic getting-into-the-air procedure consists of:

The F-5E and MiG-21 may be even faster and simpler to start, but not by much.

From there, you just have to move to the runway, turn the mode dial to NAV and take off — the INS is aligned as you lift off. Also, be aware that the AJS-37 will get squirrelly as you accelerate down the runway since the nose-wheel steering will be on the entire time. As the nose comes up, watch in wonder as the HUD cycles through its various take-off and ascent modes, and the CK37 starts calculate routes, nav corrections, and fuel consumption for you. 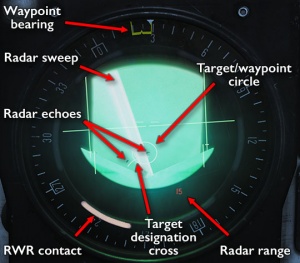 When first looking at the three knobs and many switches that configure the ordnance the AJS-37 carries, or worse still, when hearing about the full procedure for programming waypoints and approach modes for the Rb15, it may seem to be a hideously complicated affair to make things go boom in this aircraft. It really is not. At least not if you do not want it to be.

Most weapons offer quick-release functionality that can be used directly from the NAV master mode, so you can just select it, go for trigger unsafe, aim at what seems to be a reasonable point in space, and fire. The more advanced weapons, like the Rb04, Rb15 and BK90 have default attack profiles that they will follow if released in this mode.

The more involved procedure for something like the Rb04 entails the following:

Note: this adjusts the currently selected nav point — if that is a waypoint (B1, B2 etc.) rather than a target point (M1, M2…) you will now have offset all of your subsequent waypoints rather than just the target point since waypoints are a chain of relative positions. This is why it is imperative to convert waypoints to target points before using them for attacks.

You have just lost a significant load on either side of the aircraft, and if you are sea skimming, you do not want to roll into the water. Turn away and watch the missile do its thing. Quick-firing the Rb04 directly from the NAV mode skips pretty much all of the above — instead, the missile will fly straight ahead for ~10km and engage the first ship-like thing it detects on or near its flight path. 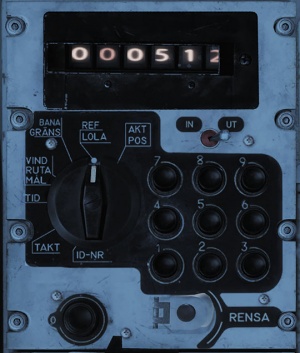 The above procedure, with some small variations, is pretty much the same for all the smart weapons on the AJS-37. Even dumb weapons employ a similar procedure but with different focus on some element that is particularly important for them (eg. setting QFE for bombs and rockets; setting a good search area to fly towards for Rb75s). Beyond this, however, there is a another layer of delivery settings that can be adjusted to get more precision out of the weapons. Even dumb delivery modes have a couple of opcodes that adjust how the sights work.

In general, these settings are done through a couple of switches to the aft of the weapon selection dials that provide a couple of more common setup, but these really just load specific presets into the computer and into the weapons themselves. To really get into the nitty-gritty details, you can go in and set up almost every delivery parameter, and for the Rb15 even its own set of nav points.

The full details of what settings there are and how to use them can best be found in the manual, in Chuck's guide or the kneeboard linked below, but the general gist is always the same:

The focus on pre-planning in the AJS-37 means that most of this should be done while still on the ground and figuring out how best to perform the eventual attack with a kneeboard on manual at hand, rather than trying to do them from memory on the fly while dodging hills and AA fire. For targets of opportunity, the preset switches and even the NAV-mode quick release is generally the better way of getting weapons on target. Put another way: this whole data panel juggling is lots of nerdy fun to dive into, but it is by no means mandatory — the quick-release and presets exist for a reason.