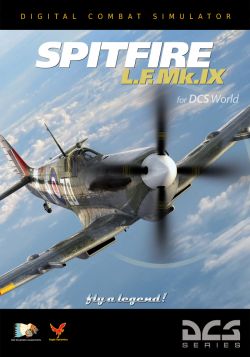 It's the Spitfire. Does anything more really need to be said? The LF Mk IX variant available in DCS World is a mid-war model introduced, along with other “late-Merlin engine” variants, to counter the new threat of the Fw 190 and to be more adept at high-altitude interception of Ju 86 bombers.

The Spitfire L.F. (Low-altitude Fighter) Mk. IX as represented in DCS comes with:

Flying the Spitfire is a schizophrenic experience. In the air, it is nothing short of wonderful, missing aileron trim aside. It has no adverse yaw to speak of; it turns on a dime; it booms and zooms with the best of them; and it sprays bullets all over the countryside. The problem is getting up there, and getting down again.

Any time the Spitfire is in contact with the ground, however, is an absolute misery. Its sensitive differential braking system makes it difficult to keep it straight, and its narrow landing gear means that any kind of swinging about is rather likely to end in the airplane tipping over and scraping the wings. Landings, in particular, need a lot of care to not end up the same: an unbalanced or slightly crabbed aircraft that produces rolling forces that pushes the airframe over its tipping point — a situation made worse by how few options the pilot has to fix it at that point without unbalancing everything even further.

Really, the trick is, after all the fun and silly flailing about the plane allows you to enjoy in the air, to be able to settle down and do everything very carefully, slowly, and methodically to ensure your outing does not end upside down and on fire. 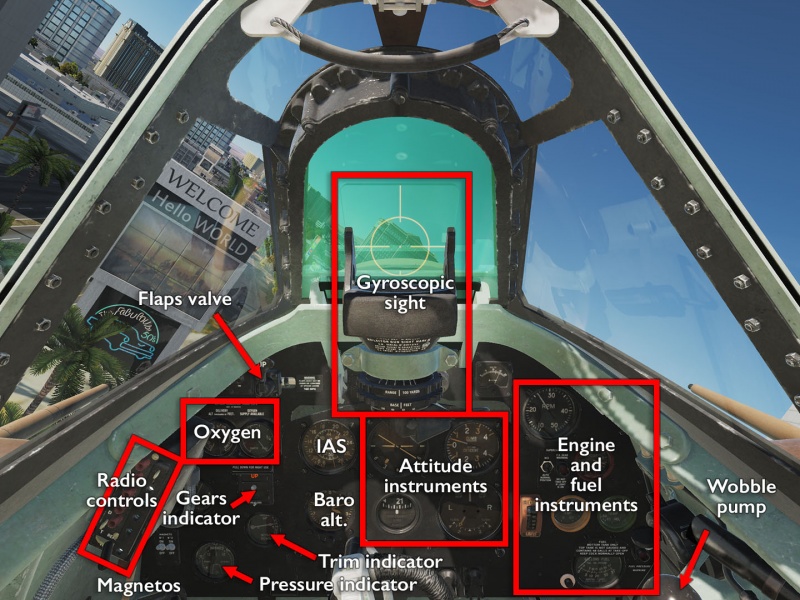 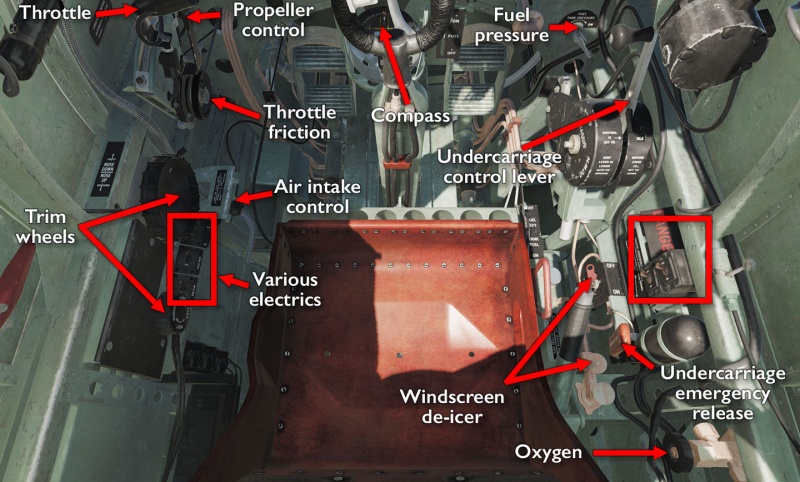 The Spitfire is one of the oldest aircraft available in DCS, and this is made evident by how many steps you have to go through to get it into the air, even though it is not actually all that complex an aircraft. It relies entirely on mechanical operations, without any automation or other pilot aid. Like all full-sim aircraft, it has the RWinHome “cheat” keyboard shortcut that runs through the startup process for you, and the manual and Chuck's guide, linked below describe it in full.

Flying and shooting is what the Spitfire is made to do, so obviously, this is much easier to get going than actually getting the thing in the air to begin with: