Difference between revisions of "Supercarrier" 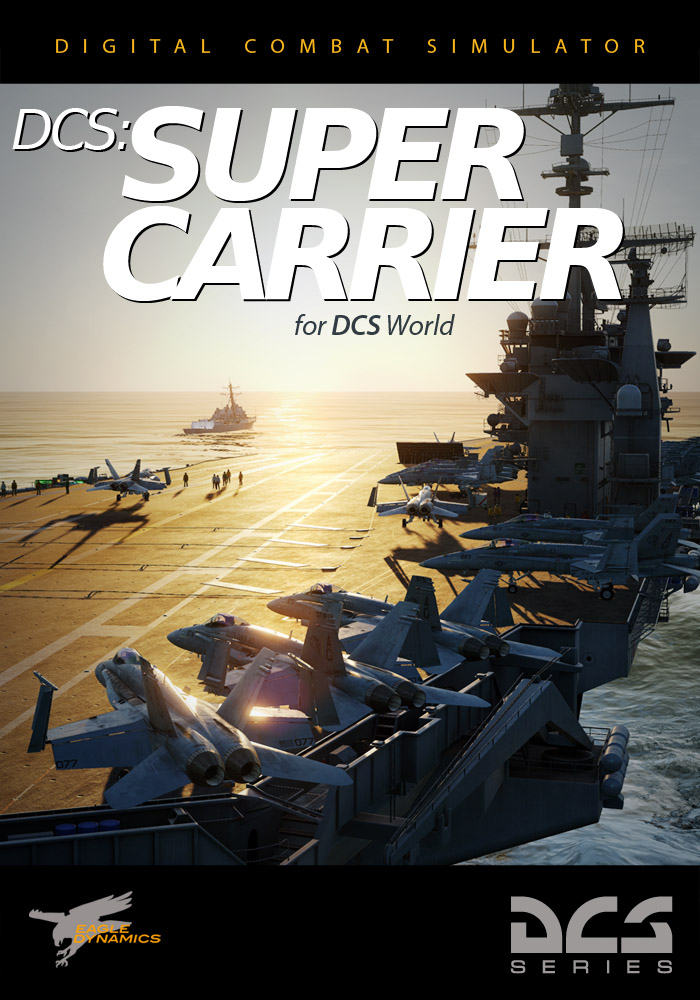 DCS: Supercarrier is a long-anticipated and long hyped attempt at injecting a bit more realism into one of the more complex parts of aviation: putting a fighter jet onto a heaving carrier deck without exploding. This module adds a more detailed version of the Nimitz supercarrier than is already present in DCS, with more navigation aids, animated deck crew, more advanced spawning options, more elaborate ATC and approach procedures as well as additional not-quite-spectator roles such as Air Boss and LSO, similar to the JTAC and tactical commander roles available in Combined Arms.

In addition, the module adds a few more decorative static objects and vehicles to round out a fleet-based mission, just in time for the release of the Mariana Islands map: deck vehicles, the Arleigh Burke destroyer, as well as updates to the Russian Kuznetsov carrier.

According to the pre-sale blurb, Supercarrier will feature: