Bond girls have nothing on this svelte little beauty. While the L-39ZA in DCS does not come with the “nuclear torpedoes” from its appearance in Tomorrow Never Dies, it does come with an optional backseat driver, even in the simplified Modern Air Combat version. The L-39ZA is a Czech jet trainer aircraft for prospective MiG pilots — in particular, it features on-the-ground controls and in-air navigation systems that are very similar to what the MiG:s of its era used. Being a trainer, it has a dual cockpit that fits both an instructor and a trainee, with the instructor having access to various funny toys to make the trainee's life miserable: turning systems off to train emergency procedures and reducing visibility to teach proper IFR flying.

As a jet trainer, the L-39ZA deliberately only comes with some bare essentials: 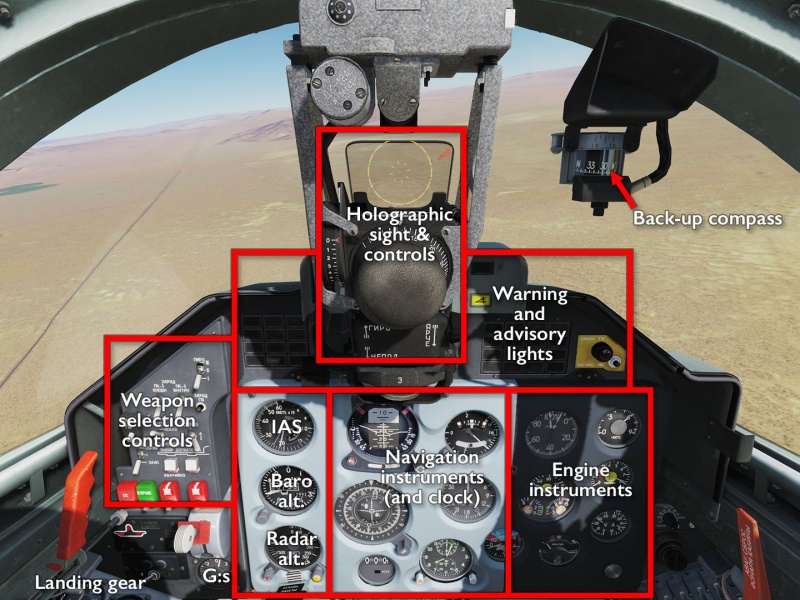 Getting the L-39ZA into the air is much the same as all other MAC aircraft:

Without any guidance systems to speak of, shooting something in the MAC edition of the L-39ZA is mainly a matter of spotting a target and putting the sight on it. While you can select missiles (D to cycle while in 3 air-to-air mode), they are not the most accurate things in the world and require some fairly specific launch conditions in terms of high speed and low g-loading to come off the rails.