Situation - Last week's reactor strike was a decoy target. S-2 and G-2 fucked up, as usual. The real one was at Bandar Abbas, in plain sight.

Task - Route around EWR detection rings to get into Iran and then Bandar Abbas. Low altitude is advised for strike package, and high altitude for fighter sweep. Waypoint 2 is the dive-down waypoint and from there you'll enter into the harbor of Anbar Abbas at WP3, and proceed towards west at building level. Pop up will be right after IP. Waypoint Surface Target will of course be the target. Once you strike the target, make best speed as low as you can, to waypoint 2 of the coast. Once you’re feet wet, head to the carrier, or tanker depending on fuel state. A friendly Ticonderoga class warship will cover your withdraw. There are also some F-14’s escorting the E2 Hawkeye that may help cover your withdraw.

Enemy Forces - F-5, MiG-29 and F-4 fighters are covering the area, but if done swiftly, most are unlikely to make it over the AO. In worst case, the F-15 sweep will protect the escape.

F-15 Flight Enfield 3 will take off from Ras Al Khaimah airfield, and proceed in a fighter sweep over the area while the strike is taking place.

In Addition, a human player can and should be Mission Commander/AWACS.

Blue lines denote ingress for the strike package, with red line as the extreme low level flight and attack waypoints, and green as escape path towards the boat.

Yellow line denotes the general path for air superiority for the Eagles. 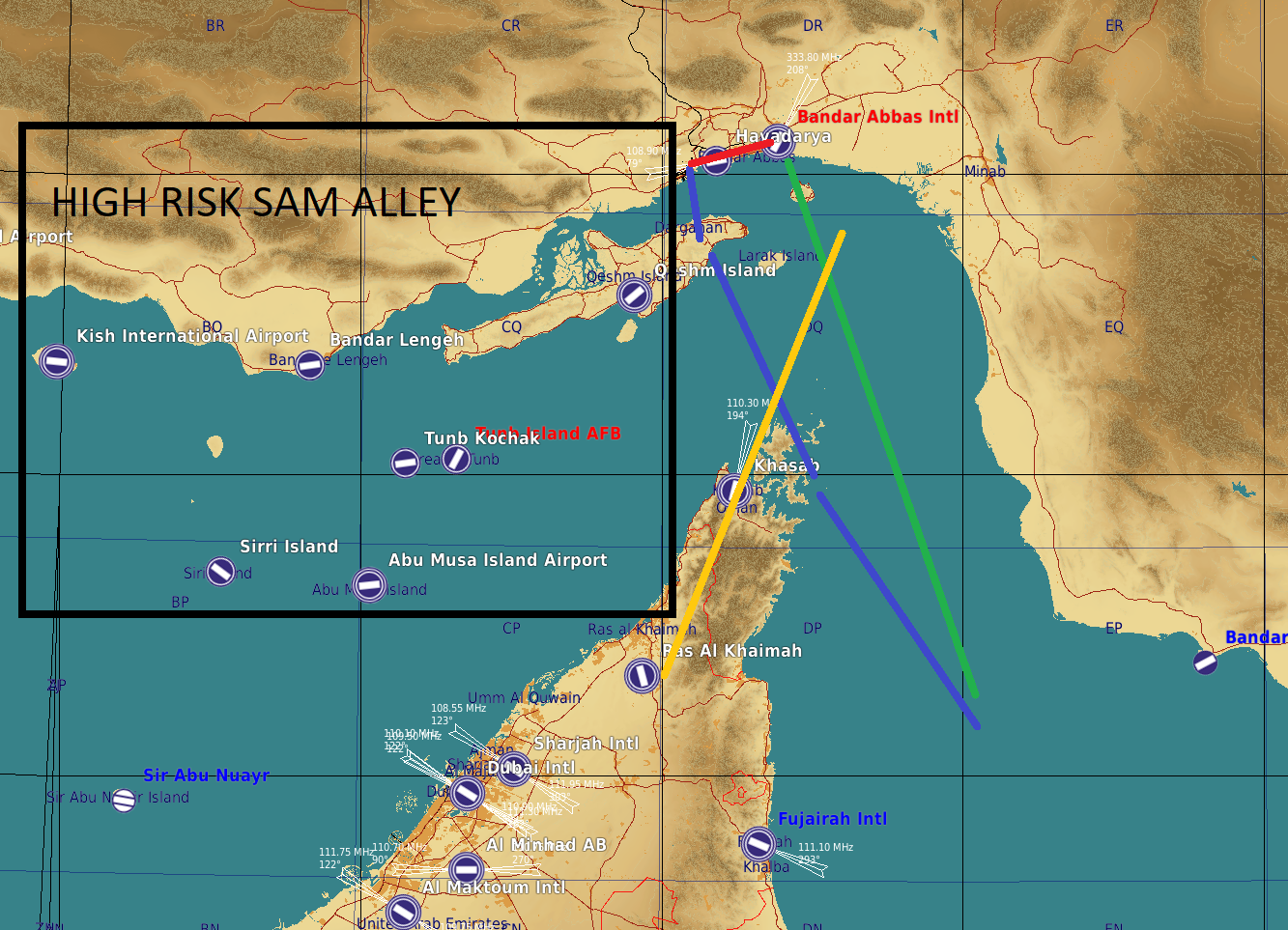 The reactor is inside the park of central downtown Bandar Abbas. 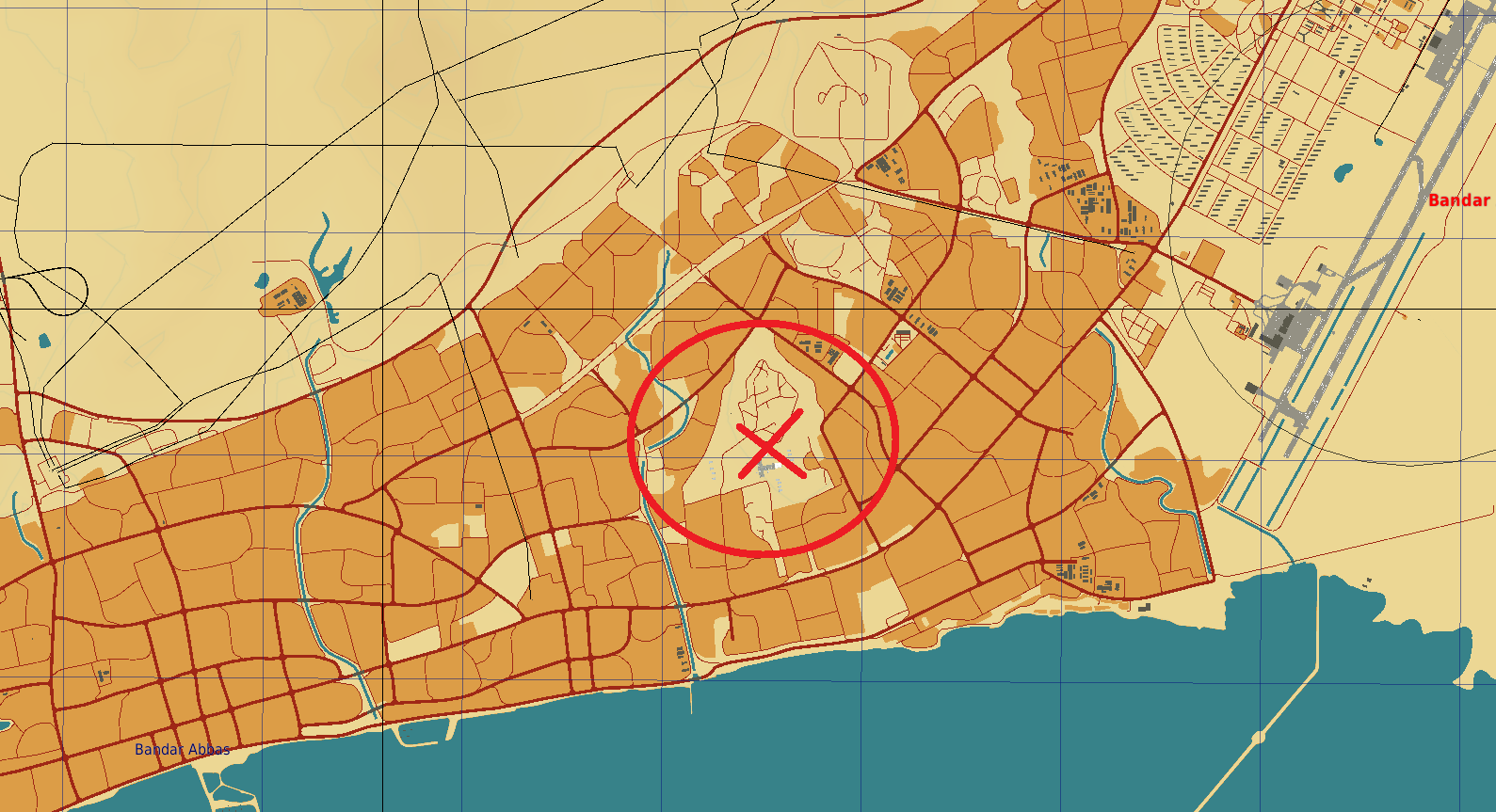 Close up of reactor, with likely Zu23 and AA emplacements circled. 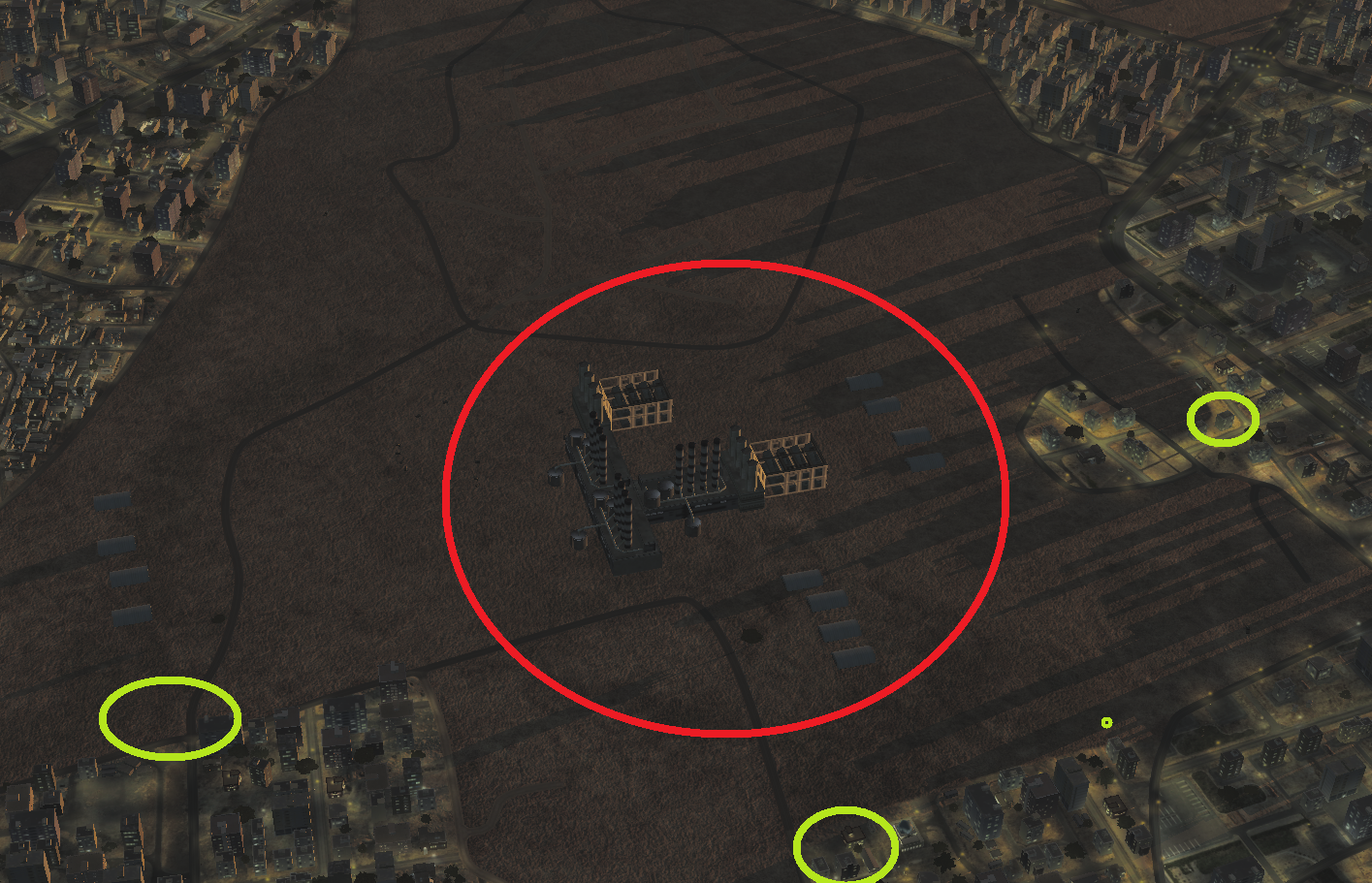