Ever wondered how to sound like you've never seen the sunlight an air traffic controller? Wonder no more, this is for you!

As an air traffic controller, your job is to make sure goons get to where they need to go without hitting themselves or the ground.

As a refresher, closed loop communication is the practice of reading back the sender's message. This serves as a double check to make sure you received the message correctly, and gives the sender the opportunity to correct you if your read back was incorrect.

As a general rule of thumb, all ATC instructions should be read back. Advisory information such as the weather does not have to be read back.

Correcting yourself or others

It's highly likely that at some point you or someone else will say something wrong. If you make a mistake in a call or readback simply stop, say "Correction", and repeat the wrong section again with the corrected information (Ex. Goon 420, Climb and maintain FL290, correction, climb and maintain FL300).

When signing onto an ATC radio, the flight should check in by stating: "(ATC), (Flight), (Position), (Intentions)." For example, if returning for landing a flight should sign on "Bono approach, Goon flight, 50 miles NW Khasab, Inbound." This allows the controller to find you on the scope and give you appropriate instructions.

Once the entire flight is ready to taxi to the runway, lead should call ATC and report "ready to taxi." The response will be of the form "(Runway), taxi via (Route)." Example: Wiggum, Smithers, runway 12L, taxi via A. Flights may also be instructed to follow behind other flights. Ensure you have the correct flight in sight before accepting a follow instruction.

The flight should hold short for the target runway and report when they're next for the runway.

Once next for the runway and takeoff checklists are complete, the flight should call "ready for departure"

Tip: The word takeoff is not used EXCEPT for takeoff clearances to prevent confusion.

If the runway is not ready for another departure, flights may be instructed to line up on the runway with the phrase "line up and wait" (Example, Wiggum, runway 12L, line up and wait). This gives the flight permission to taxi onto the runway and line up. If there are departing aircraft in the way, it is implied that the flight can wait for them to move before lining up. Line up and wait instructions should not be given if there is an aircraft on final (aircraft flying over other aircraft is generally a no-no)

Departing aircraft should be separated from other aircraft on the same runway by the following criteria:

At the en route phase the controller will be more concerned about their AWACS duties, but the controller should still attempt to maintain separation between flights by adjusting altitude/speed/heading, especially in low visibility conditions.

When approaching AO ensure flights have enough room to maneuver without hitting anyone. 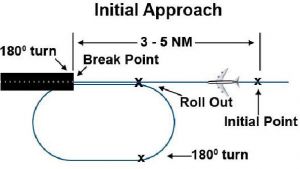 Aircraft that desire the overhead pattern should be instructed to "REPORT INITIAL for runway (runway)." Once they report initial, instructions can be given where to break and what direction if needed, or they can be told to continue if the break is pre-briefed. Once in the break, clearance to land can be issued. The clearance to land is of the form "(Flight), check wheels down, runway (runway), cleared to land."

Aircraft desiring the rectangular pattern should be instructed to enter the pattern either on the downwind, base, or final legs (known as a straight in). This follows the form: "(Flight), enter the (direction of turns) (leg) for runway (runway)." Landing clearance is typically given on base or final and follows the same form as the overhead pattern.

Arriving separation is fairly similar to departing separation requirements. Aircraft should be separated from other aircraft on the same runway by the following criteria:

This page or section is currently under construction. Some things may be missing or out of place.

In real life there are a plethora of separation minima for IFR aircraft based on a host of factors (radar/nonradar, distance from the radar, altitude, etc.). Since LotATC runs in arcade mode and controllers have a perfect view of the airspace, this guide will assume all targets are radar targets < 40nm from the radar.

Aircraft should be separated from each other by at least one of the following minima:

The one exception to this rule is visual separation. With visual separation, one aircraft has reported the other in sight and has been given an instruction to "MAINTAIN VISUAL SEPARATION." This shifts responsibility from the controller to the pilot and allows the aircraft to break the separation minima as long as visual contact is maintained.

Anatomy of an instrument approach 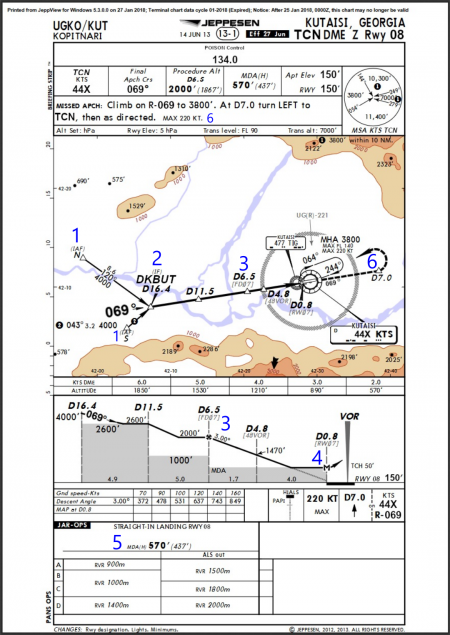 Basic ATC for Airgoons with examples

Pilot-controller conversation isn’t rocket science. It all boils down to “who you are, where you are and what you want/where you’re going”. When you’re doing anything in an airplane in a controlled environment, you’ll need permission (or clearances in aviation speak) to do what you want to do.

You get the point.


When you’re given a clearance, you have to read it back to the controller.

Imagine you are at Ramat David airport in your F-16, a flight of two, and you’ve been given the callsign Panther. Since you’re the lead, you are “Panther 1-1” and your wingman is “Panther 1-2”. You’ve climbed into your virtual F-16, and are now ready to start flipping som switches and pull some levers. Since this is DCS we’ll skip over things like ATIS (Automatic Terminal Information System, basically the weather information), ATIS information is given a name from A-Z in the phonetic alphabet (alpha, beta etc.). You have started your F-16, done all the checks and flows, and are now ready to taxi.

Ground: Panther 1-1, taxi to runway 33 via Golf and Delta (Taxiways are also given a name from A-Z and often also with a number like Alpha 2) and hold short. When ready contact tower on 118.6.

Then you taxi via Golf and Delta, and hold short of the runway. Upon reaching the holding point for runway 33 (from your point of view a yellow dashed line and yellow solid line) you switch to 118.6 and call the tower.

Then this is the last chance for you to do your before takeoff checklist. You then line up runway 33 and wait for clearance.

You then do your standard F-16 takeoff, fly runway heading as best you can and climb to 6000 ft.


Somewhere after takeoff, and probably before reaching 6000ft, you will be told to switch to a departure frequency.

In the handoff from tower to departure, I guess in DCS there would probably be a handoff to some kind of combat controller/AWACS or some-such.