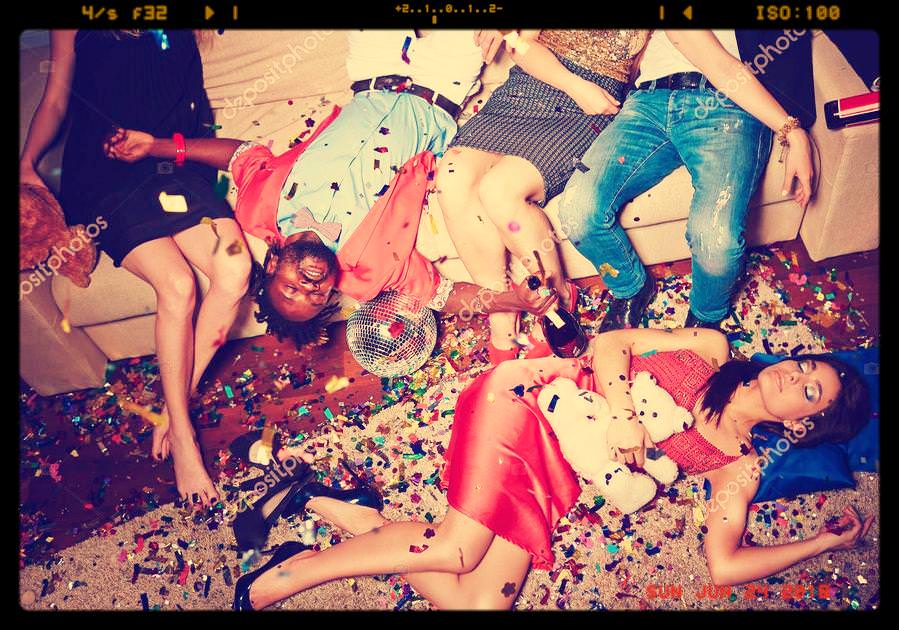 It's basically a fucking miracle that you manage to find your flight suit, far less your helmet. You can barely see straight. You suit up, and after putting your helmet on, you are basically about to vomit right there and then. "Shit, I am so fucking fucked up, I can't even see straight. Fuck meee..." -you think, as It's Raining Men still pounds in your head. 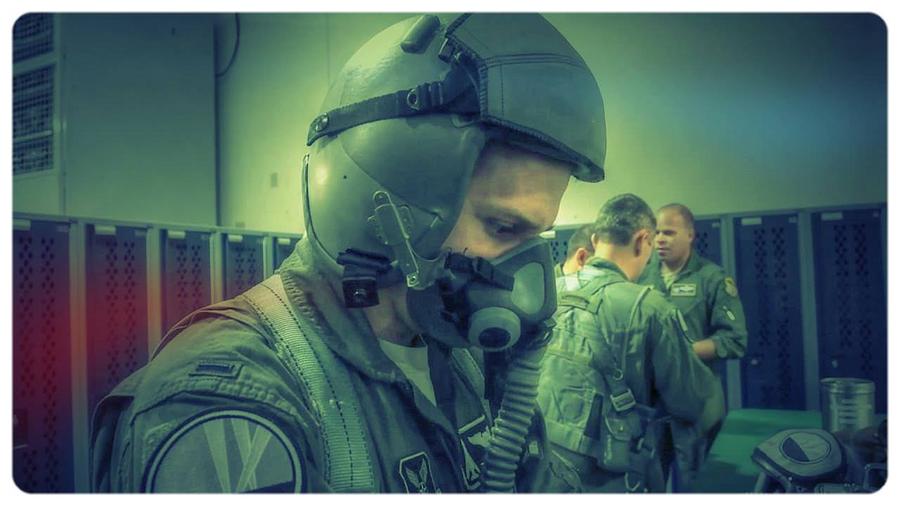 You "run" out to from the second story of pilot quarters, and you see this: 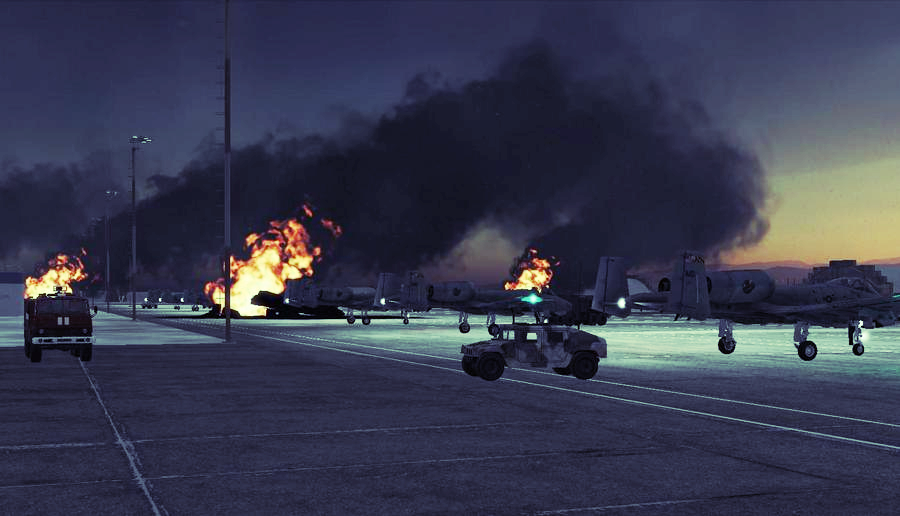 Get the planes off the ground, and dodge the mortar fire. Defeat the invading forces. 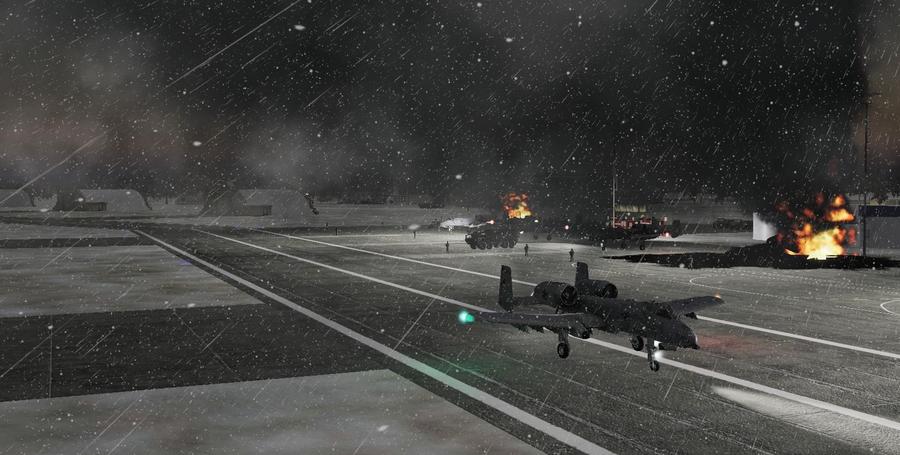 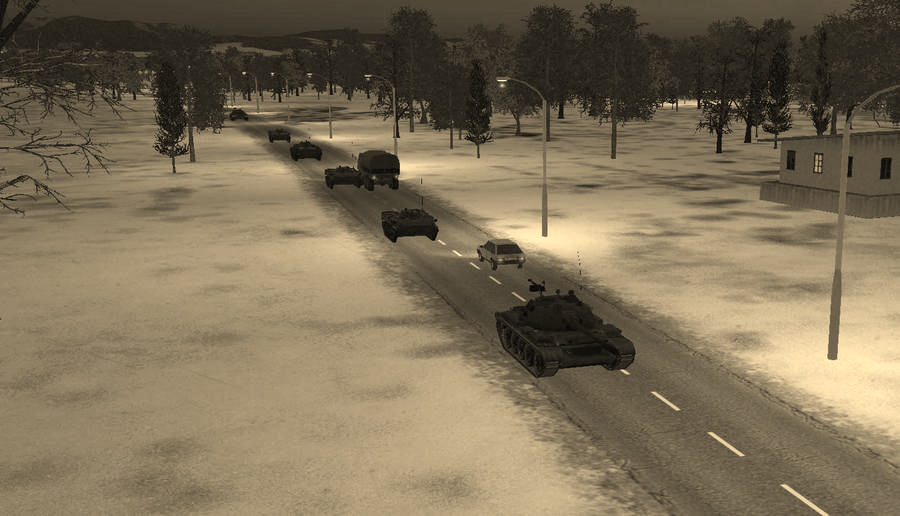 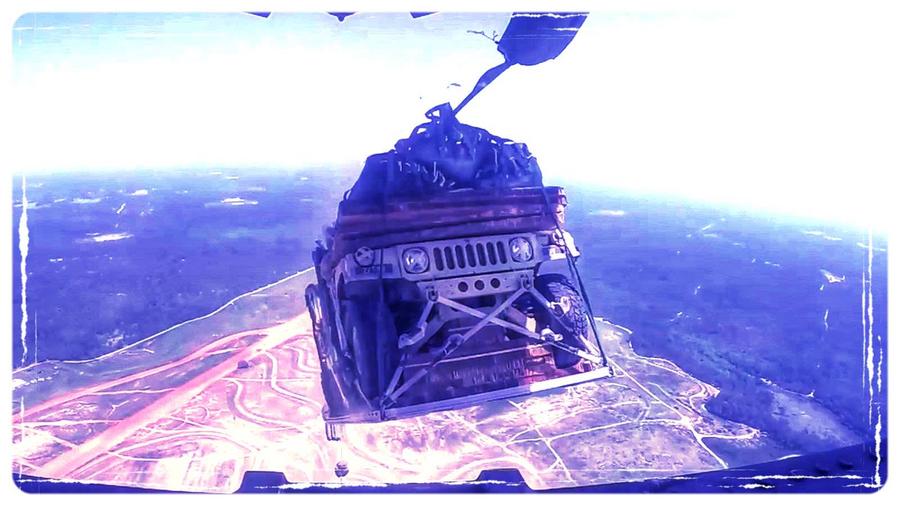 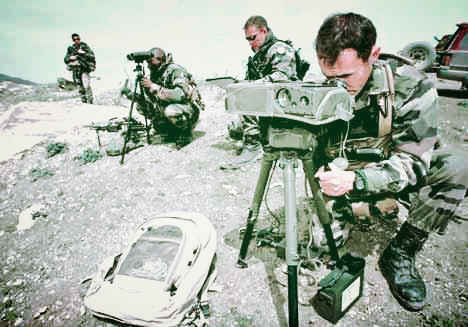 In another miracle, you climb into the cockpit. They all depend on you. Sadly, you are just in the wrong person, at the wrong time, and you are completely wrong man for the job. You notice that you have wet your flightsuit. The canopy closes. 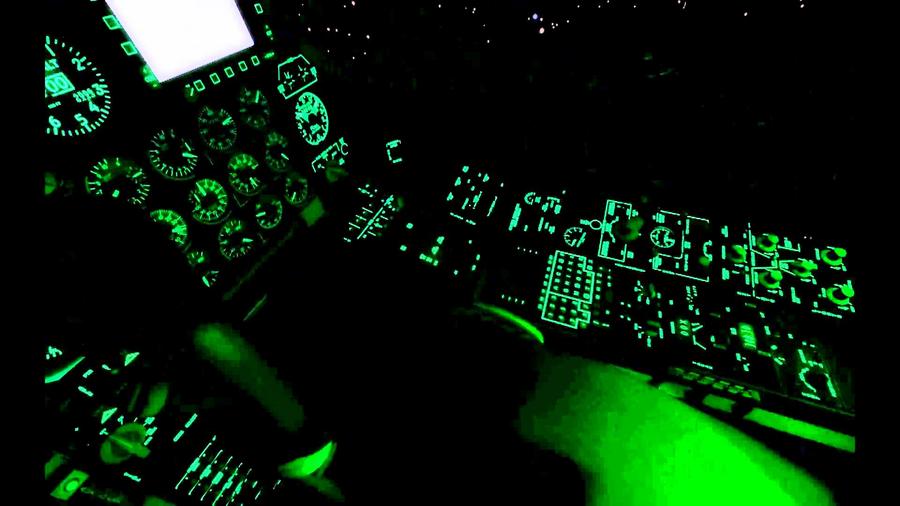 So what is this? Hell yah, get in and fly with us nerd.

One human JTAC for putting out smoke grenades, and guiding planes in.

The Frogfoots are available for those who don't own any modules but it is strongly encouraged to use the A10s if you own them, they are the theme of this mission. So if you own either A or C model, please use it, but naturally can't force anyone.

This is CAS only, there are no enemy air planes in the area. There might be some enemy helicopters, but it is mostly hordes of enemy ground troops, and armor. Only very few manpads systems or AA guns are present, but most vehicles have some sort of self defence machinegun, so it is not totally threat free enviroment. After you dull the attack, the task is to destroy the nearby ammunition storages. Distance from our airbase to enemy troops is only 5 nautical miles.