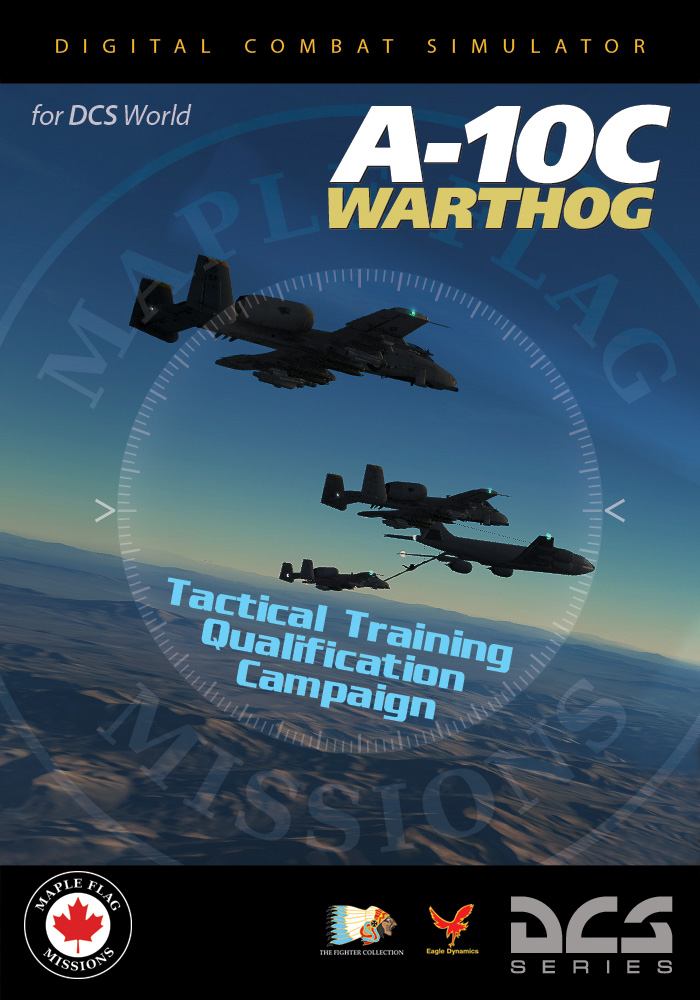 Having qualified to fly in BFT, and to operate offensive and defensive systems in AATQ, it is now time to put it all together and show that you can not just operate the A-10C but also coordinate with other elements in a complex combat arena. Operating out of Vaziani AFB, Georgia, you will participate in the Agile Spirit training exercise.

As with the previous qualification campaigns, all flight instructions and performance comments are voiced but there is no storyline to speak of. Your progression to the next mission relies on passing specified criteria in terms of performing the tasks demanded of you, with precision and to the letter, much in line with the official 11-2 instruction criteria for operations. The campaign includes an amplified checklist that goes through all the steps you need to learn and perform, and each mission presents a set of criteria for its different qualification levels. Having the checklist handy, either separate to the game or converted to a in-game kneeboard, is almost a requirement.

Each of the 15 qualification steps consists of a practice session and a qualification session. You also have to deal with ROE, flight restrictions, and no-fire zones as you ingress, egress, and engage with targets in the training area. The tasks themselves are getting into the more complex systems, procedures, and roles of the A-10C:

Each lesson builds on the previous ones, and at the end of each mission, you will be grade with a pass or fail (or qualified or non-qualified) on the learning tasks for that segment. Later missions build on and incorporate elements of earlier missions, meaning JTAC and FAC coordination, threat avoidance, and danger-close deliveries become parts of the requirements after their introduction.