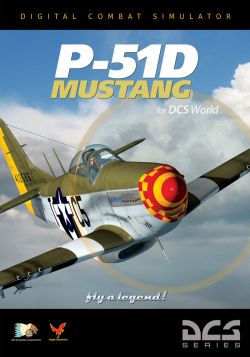 The P-51D and its free TF-51D training version, are almost as iconic in DCS World as they are in real life, being the first and most thoroughly developed of the WWII prop planes the game has on offer. The for-pay module features the actual single-seater fighter version of the P-51D, with weapons and sights and the lot, as opposed to the free training version that comes included with DCS World.

The P-51D is a straight-forward aircraft. It comes with:

The TF-51D is a two-seater training variant of the P-51D and comes included for free in the DCS World client. While the variant (and in-game model) itself is a two-seater, with room for an instructor and a student, the module does unfortunately not support multi-crew the way the L-39 does.

Functionally, the difference between the P-51D and the TF-51D is simply one of armaments. The TF-51D has none (although some of the cockpit controls remain), nor does it have a holographic sight to aim the non-existing weapons. Between this and the added seat, the TF-51D is ever so slightly lighter and faster than the P-51D, but not in any way that will be noticeable outside of very tightly flown races.

All procedures and checklists for one are applicable to the other — a fact that is further highlighted by how the TF-51D module included in the free client comes with the full P-51D flight manual.

Flying the P-51D can be condensed into three words: ‘rudder,’ and ‘engine balancing.’ It has famously vicious stalling and side-slipping behaviours that demand constant rudder adjustments and trim to stay on top of — characteristics that are made even worse by the significant torque put out by the engine, that also have to be constantly adjusted for to balance out current speed and throttle position.

At the same time, the pilot also has to constantly balance engine RPM against manifold pressure to maintain the correct propeller settings for the desired speed, without under-revving (which will gum up the engine and eventually make it seize up) or over-revving (which will burn it out in short order).

It is actually very easy to fly under most conditions, adverse yaw characteristics notwithstanding, but pushing near the edges of the envelope — going too fast or too slow or pulling too much on the stick — and it can very suddenly, and with very little warning, snap out of control. 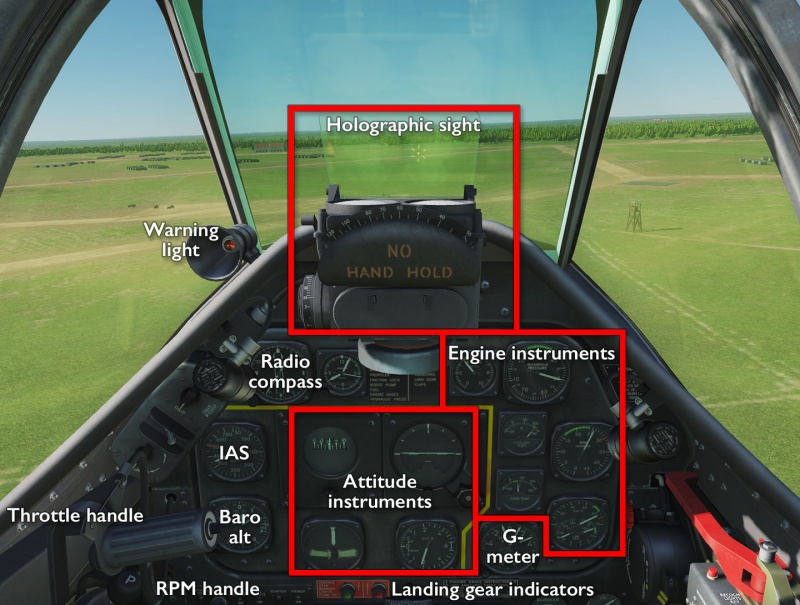 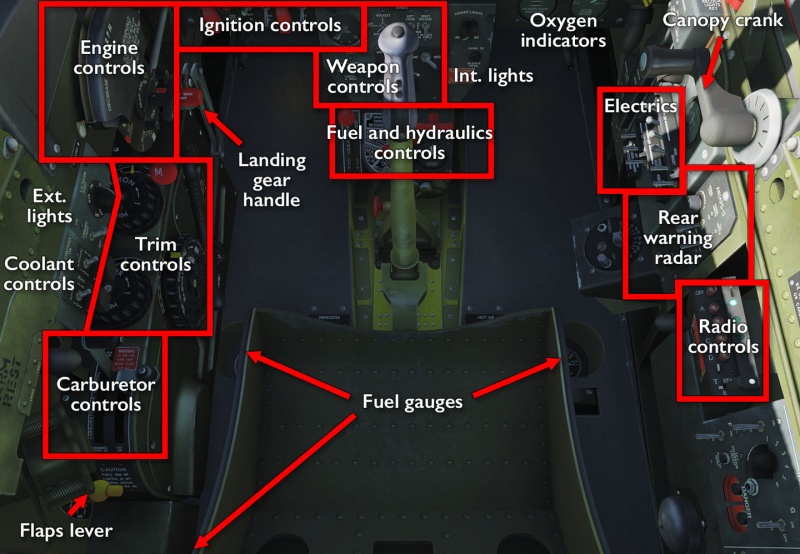 As the P-51D is a full-sim aircraft, the procedure of getting it started does not readily lend itself to a quick checklist — doubly so because it is a fully manual process of getting mechanical machinery started. Like so many other aircraft, it offers the RWinHome quick-start shortcut that runs through the process for you. Beyond that, it is much more a matter of feeling, judging, and listening to the machinery for the exact timing and rhythm needed than about pushing a lot of buttons.

For a good run-though of the start-up (and indeed any other) procedure, consult Chuck's guide linked below. In broad strokes, the process is one of:

Compared to the start-up procedure, setting up and firing weapons is a quick and simple affair, as illustrated by the very brief checklist in the manual: 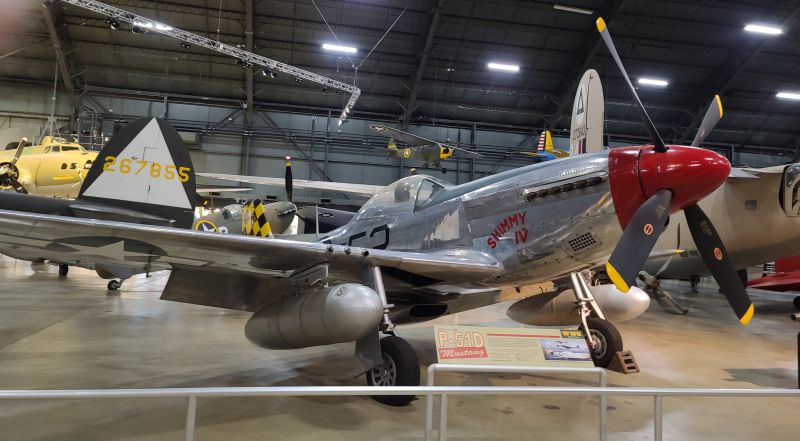 P-51D Mustang at the National Museum of the USAF
Retrieved from "https://www.airgoons.com/wiki/index.php?title=P-51D_Mustang&oldid=4395"
Categories: