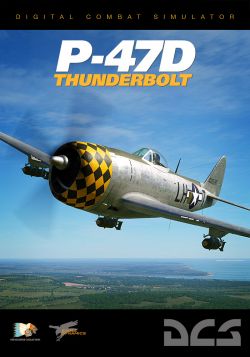 Before the A-10 Thunderbolt II with its famous survivability and ridiculously large gun, there was the original: the P-47 Thunderbolt, famed for its survivability and ridiculously numerous guns. Also for its… ample frame, giving it the nickname the “Jug”. It is sometimes picked out as the beginning of the “bigger, faster, more heavily armed” trend that would characterise post-war aircraft developments for the next half-century, in spite of attempts (such as the F-16) to reverse course.

Very much unlike the A-10, however, the P-47 put a large focus on the fighter part of the equation, working double duty as a high-altitude escort aircraft, where it slowly supplanted the earlier P-38. This legendary aircraft is represented in DCS World with its bubble-canopied fighter-bomber ‘D’ variant.

The P-47D Thunderbolt (model D-30) represented in DCS comes with:

The P-47D is labelled as Early Access in the store, but on first sight it can be difficult to determine exactly what is missing since it already does most of what one would expect. Even so, there are things that still await full completion:

The Jug as represented in DCS is very clearly a late-war variant, and the experience of flying it will be quite familiar to anyone who has flown the P-51D to any extent. It's a huge engine with wings, able to power itself out of a lot of awkward situations, and is for the most part very smooth-flying and easy to control. Even landing and manoeuvring on the ground is very similar to the Mustang due to having much the same wide-wheeled stance and sensible wheel-brake system.

It is when things get a bit more hairy that the two start to differentiate themselves. The P-47 does not exhibit the snap-roll tendencies of the P-51, but instead suffers from high-speed compressibility issues, much like the P-38 that it ended up replacing. It has an air-brake system of sorts to combat those control issues — an absolute necessity for the kind of dive-bombing attacks it was supposed to perform. The P-47 also sets itself apart in having a much more complex throttle quadrant and cooling system that has to be juggled properly to get the most out of the engine. For the most part, it follows the same general logic as the Mustang but the sheer amount of levers that can be pulled with the left hand requires a bit of mindfulness to not cook the engine at the most inopportune moment. 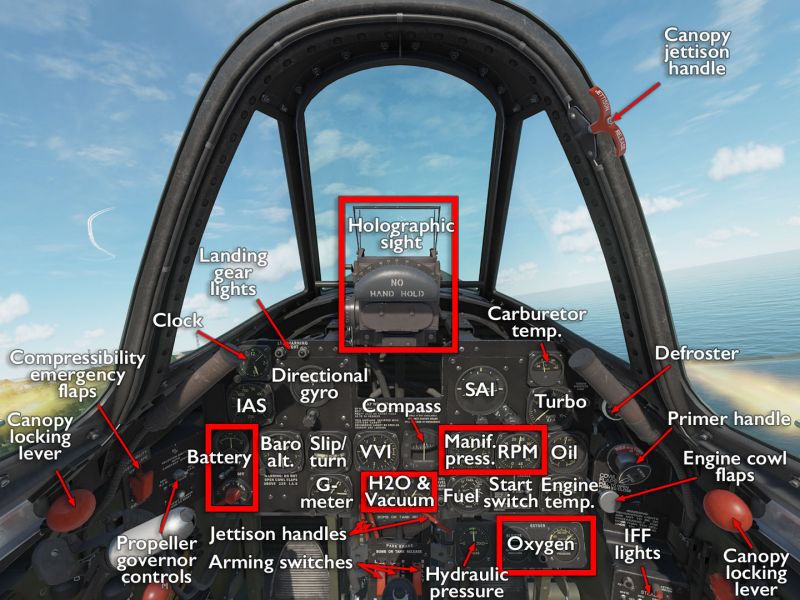 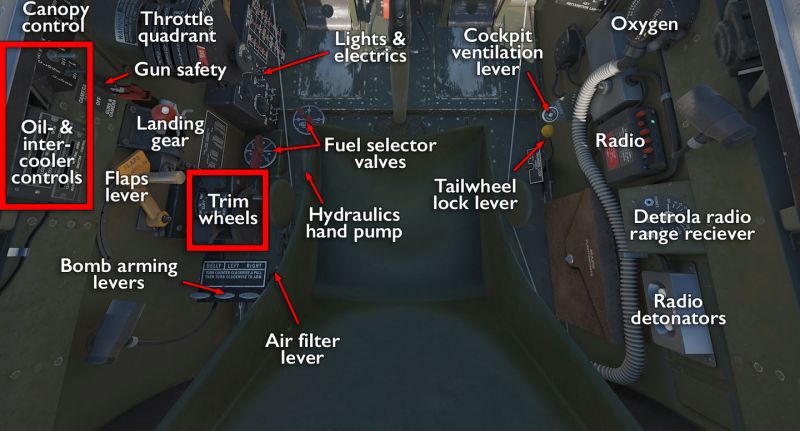 Like all full-sim aircraft, it has the RWinHome “cheat” keyboard shortcut that runs through the startup process for you, and the manual and Chuck's guide, linked below describe it in full.

While the massive engine in the Jug takes a bit of work to get going, getting something out of its eight Brownings is a mercifully quick and easy process. 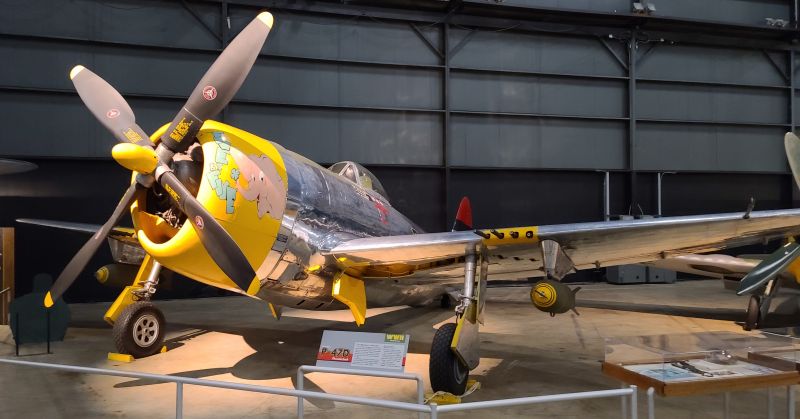 P-47D Thunderbolt at the National Museum of the USAF
Retrieved from "https://www.airgoons.com/wiki/index.php?title=P-47D_Thunderbolt&oldid=4393"
Categories: