Like its full-sim variant, the F-5 is based on the same basic airframe as the venerable T-38 Talon jet trainer, and remains in use to this day as a stand-in for lighter “red force” aircraft like the MiG-21 in dissimilar air combat training. In DCS, the F-5E-3, especially in the Modern Air Combat variant, comes with very simple avionics and with a single pair of Sidewinders as its only air-to-air weapon (well… aside from a pretty competent pair of 20mm cannons that is). It is small, while not incredibly fast, it can still go past Mach 1 and even carry a few stores with it while doing so. It is a light-weight, agile day-time multirole aircraft with a couple of simple pilot aids, but where most of the flying, navigating, and fighting has to be done by the pilot on their own.

The F-5E-3 only comes with the bare minimum:

The features list may look negative but that is because one key detail it is left out: the F-5E-3 is an absolute joy to fly. There is nothing to get between the pilot and the aircraft, and it does exactly what you tell it to, not what it thinks that maybe you meant to do. The pilot has to figure out where to go and how to get there, not just follow lines and cues on an automated map. 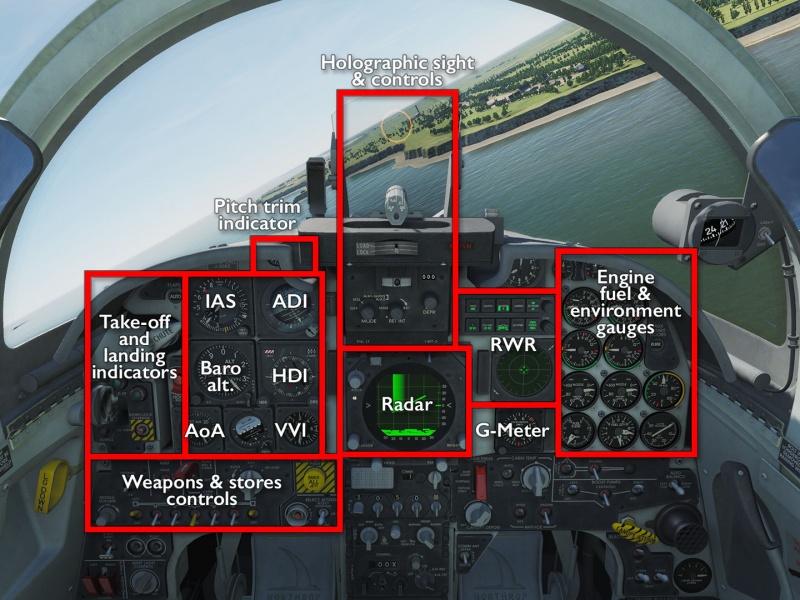 The process of getting the F-5E into the air is the same as with all MAC aircraft: