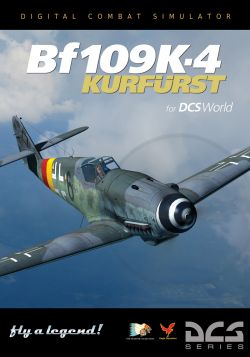 MESSERSCHMITT!! — it is an obligatory line in any kind of WWII depiction, and many a bloody (forum) wars have been fought over whether it or the Spitfire is the more iconic aircraft. Almost as many wars have been started over whether or not it should be called the Me or the Bf 109. It's complicated…

The K-4 “Kurfürst” model depicted in DCS World was a late-war introduction to counter the updated Spits, Hurricanes, and Mustangs clogging the sky on the heels of the Italian and Normandy invasions, as a supplement to the Fw 190:s that had been introduced with the intent of replacing it.

The Bf 109 K-4 was designed as an interceptor, with a later role expansion to bomber escort and lighter ground-attack tasks. As such, it has:

The Bf 109 K-4 is very stable aircraft, which is a good thing since the only trimming option is on the elevators — rolling and yawing has to be managed by the pilot at all times. It is capable of attaining speeds where compressibility-induced loss of control and high-speed stalls become an issue, but will generally make enough noise to warn the pilot of what is about to happen. At the lower end of the spectrum, the Bf 109 is reasonably resistant, and easy to recover from, low-speed stalls and again usually gives ample warning.

The only two major problems are starts and landings. On take-off, the Bf 109 has a very strong desire to violently flip over to the left, stall, and crash upside-down, and also to rapidly pitch up, stall and crash on its tail. Both needs to be countered with forceful yet precise stick input. On landing, the narrow landing-gear arrangement will make it very sensitive to any kind of side slip, bank angle, or uneven loading and will once again happily flip over if proper airflow and brake balance is not maintained down the entire length of the runway. 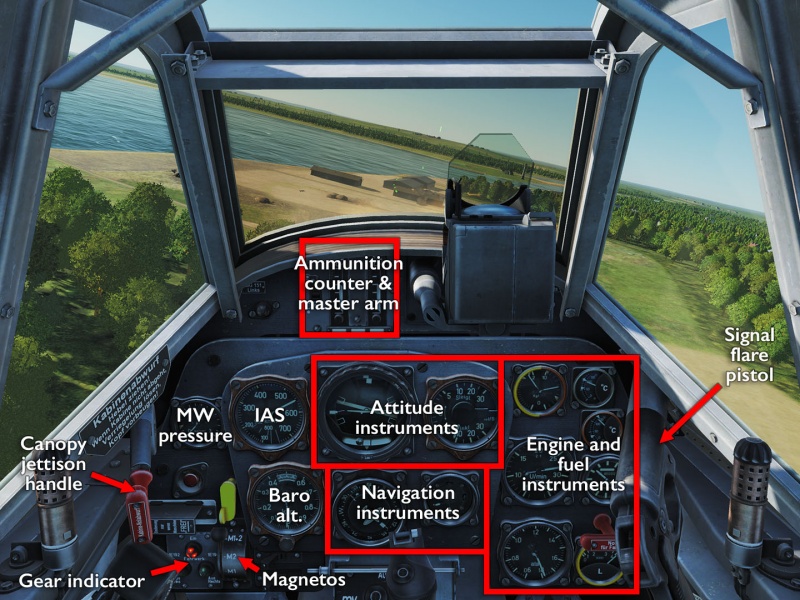 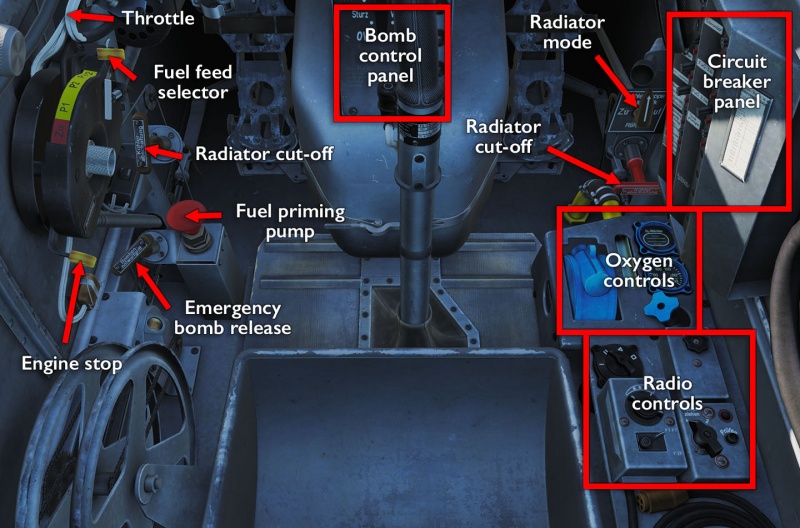 From the pilot's point of view, getting the Bf 109 K-4 started is a fairly automated (or at least delegated) process. It requires some outside aid, but the starter systems keep track of some of the mechanical timing to get good rotation on the engine. To get off the ground:

The Bf 109 will lift itself off the ground, so no need to force it. In fact, it is more likely that you will need to push the nose down as the aircraft wants to leap into the air. Trimming nose down will not fully counter this and will just leave the aircraft dangerously over-trimmed as you pick up speed in the air. Instead, use stick input, but again, keep the stick fully to the right at take-off or you will snap-roll to the left and have a bad day the moment the wheels leave the ground. Ease off the stick as the plane starts to respond to the inputs and assumes a neutral flight position on its own.

Without any fancy sighting systems, getting the Bf 109 K-4 ready to shoot is utterly trivial. 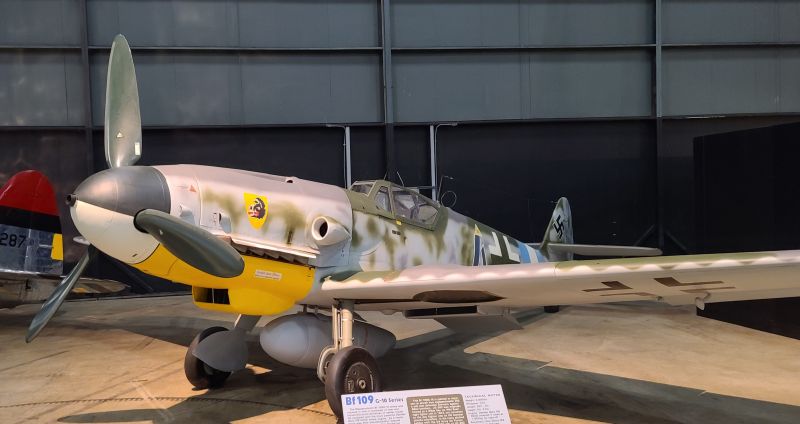