Difference between revisions of "A-10A Warthog" 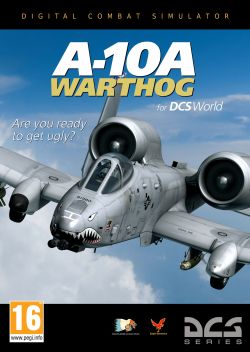 Originally a part of the aircraft selection in LOMAC, the A-10A was ported over to DCS through the FC3 package. As such, while it is available as an individual purchase, there is no reason not to get the full package instead.

The A-10A is not nearly as complex an aircraft as the upgraded C model, and by virtue of being a simplified “Flaming Cliffs”-style simulation, the A-10A module is also much less complex and complicated than the full-sim A-10C. Just like the other FC3 planes, the A-10A is more designed to be controlled through a standardised set of keyboard shortcuts than through any kind of advanced set of peripherals, nor does it feature an interactive “clicky” cockpit.

Compared to the flagship A-10C module, the A-10A is perhaps better characterised by what it does not feature:

Comes with the built-in campaign The Valley. 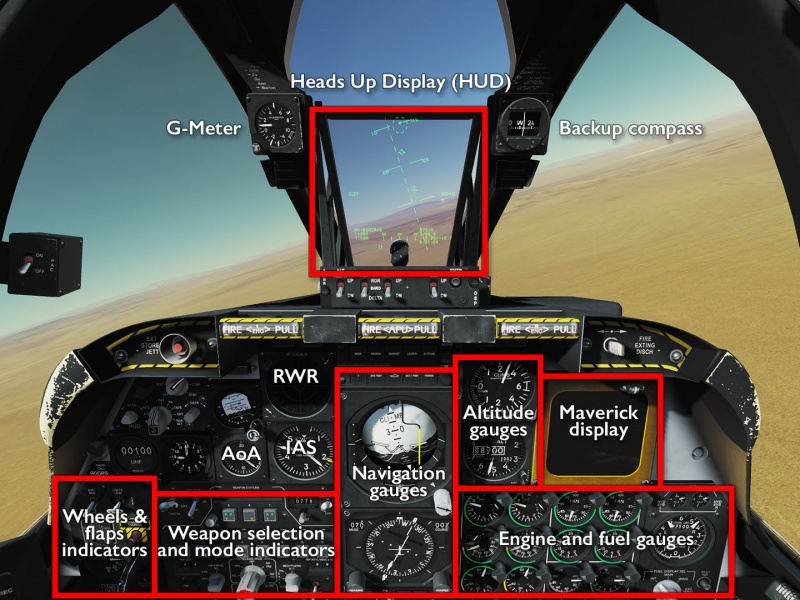 The process of getting the A-10A into the air is the same as with all FC3 aircraft: 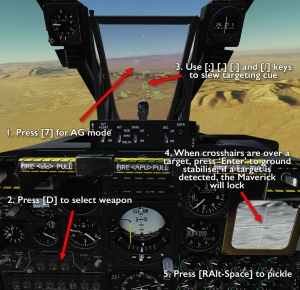 The A-10A uses much the same weapon selection and targeting process as the other FC3 aircraft:

For dumb bombs, there are some additional controls that can be used to change how many will be rippled off at once. Consult the manual and keybinds to see how this is done.

A fun, but little known, fact is that while the A-10A does not carry any smart bombs, it can actually use its Penny Pod to receive guidance towards a lased target.[1] Any target lased (by JTAC or a buddy lasing aircraft) using code 1113 will show up in the HUD overlayed with a diamond symbol, which lets you line up shots from much farther away than through purely visual spotting.

A-10 at the National Museum of the USAF

The GAU-8 Avenger, next to the A-10.
Retrieved from "https://www.airgoons.com/wiki/index.php?title=A-10A_Warthog&oldid=4375"
Categories: